In 2008, Barack Obama, a relatively unknown political prospect, was catapulted into the spotlight, landing at the front steps of the White House. The team behind Obama's overnight stardom understood the inherent linkage between politics and public relations.

Obama's campaign was the first of its kind, combining traditional public relations with brand new public relations tactics and media opportunities. According to New York Magazine, within Obama's first six months of office, he had "…hosted fifteen town-hall meetings; appeared in more than 800 images on the White House Flickr photostream; and held four prime-time press conferences, the same number held by George W. Bush in his entire presidency. He's sent a video message to the people of Iran. He's given an address in Cairo that was translated into fourteen languages." The type of public relations that the Obama campaign implemented was revolutionary and changed politics forever.

If you have any political objective, public relations tactics are a necessary component. It used to be that only the biggest politicians, organizations, and companies hired a government and public affairs firm because they knew developing successful public relations tactics was a complicated process. Nowadays, politicians, organizations, and companies of all sizes hire firms for PR strategies because they know it saves them time and money.

According to the Public Relations Society of America, "public relations is a strategic communication process that builds mutually beneficial relationships between organizations and their publics." A winning PR strategy makes the difference between someone starting in politics and a seasoned professional and turns a candidate into an elected official or a bill into law.

In addition to winning elections, a successful PR strategy has the power to turn political hot topics and advocacy campaigns into movements. One of the best known public relations strategy examples is Mothers Against Drunk Driving. MADD was started in 1980 by Candy Lightner, a mother and housewife who's 13-year-old daughter, Cari, was killed by a drunk driver. In the 1980s, driving after drinking was fairly common, as penalties usually only resulted in fines. MADD changed America's perception of drinking and driving, which ultimately led to harsher penalties, raising the drinking age to 21 and saving countless lives.

A more recent public relations strategy example is the legalization of marijuana. Once taboo, marijuana used to have a negative connotation because it was associated with terms such as 'addiction' and 'gateway drug.' However, PR campaigns across the country have transformed the image of marijuana. In fact, PBS reports that "...in 1988, only 24% of Americans supported legalization... By 2018, 66% of residents offered their approval."

Now, marijuana is associated with healing principles that help those dealing with chronic pain and terminal illnesses. Even for the general public, marijuana is often viewed as a natural alternative and a safer choice than alcohol or commonly prescribed medications. This national PR strategy has been so successful that 33 states, plus Washington, D.C., have legalized medicinal marijuana, and 11 states (plus Washington, D.C.) have legalized recreational marijuana. The Marijuana Policy Project has even implemented their PR strategies right here in New Jersey, as voters decide this election whether or not to legalize recreational marijuana.

At CLB Partners, our experienced team is ready to create a dynamic PR strategy with the right PR goals so you can focus on the big picture. Our strategies help you educate the right audience, on the right issue, in the right way, and at the right time.

With 330 million people living in the United States, it's easy to want to appeal to everyone. But an unfocused and inflated public relations campaign will only waste your time and money. You might not know who your targeted audience is right now, but CLB Partners can help you figure that out. Our expert team can define your audience by demographics, age, sex, education, and income. This allows you to better tailor your efforts based on consumer behavior.

In the 21st century, public relations tactics are so much more than a printed advertisement and a social media post. A winning strategy requires a multitude of efforts, all of which CLB Partners know inside and out. These include press releases, press conferences, events, media training and interviews, editorial board training, television and/or radio, fundraisers, letters to the editor, op-eds, phone banking, testimonials, earned and paid media, crisis communication, and more.

Different PR goals and objectives need campaigns that require different timeframes. Should your public relations campaign be short-term or long-term? How far in advance should you launch a political campaign? Should you start meeting with elected officials to express opposition to a bill before or during Session?

You work hard to make a difference, let CLB Partners work hard for you. Our dedicated team can curate a personalized PR strategy that focuses your efforts and delivers results. 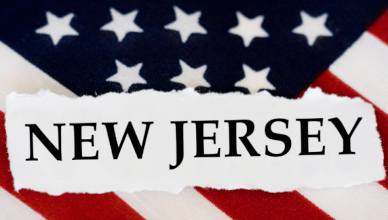 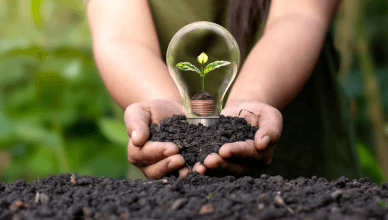